Trading My Way To Success 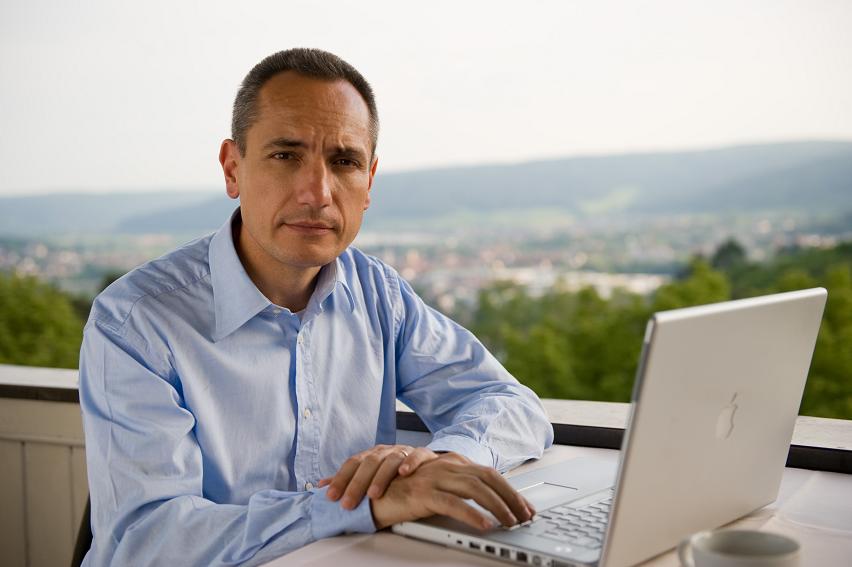 Let's get rolling right away because we have a lot to cover today!

Here are some thoughts about different aspects of trading, in these thoughts there is part of my experience trying to explain how I "lived" events related to those parts of trading. I think many of you will recognize yourselves in some or all of these thoughts. I hope you all passed to the next stage in a profitable way as I did. If not (or even if you did) I hope my writing will help you in getting to the right spot.

There are broadly two types of trading: Discretionary and Systematic. Which one should I choose?

Here is the question, maybe the most important question about the approach to dedicate to trading. The question can even be deepened in other kinds of doubts:

As much as I have learned about this I can say that both fields are huge, but there are clear boundaries dividing the two approaches. These clear boundaries are determined by the fact that if at the moment of placing the trade, the trader has to decide whether to place it or not, then he is trading in a discretionary mode.

Regardless of the approach, any market gives us signals to open or close a trade. These signals can come from an automated software previously programmed, from a chart setup drawn by the trader, or even simply by a feeling growing in the stomach of the trader. It doesn’t matter at a certain point a voice inside us is telling us to enter the market. If we can decide whether to listen to this voice or not, then we are discretionary traders.

The Video Gamer: The first group is the most aimed for by most of the people. Everybody hopes to be so talented that they can simply sit in front of a monitor, watch quotes going by, understand what should come next and, therefore, make their decisions in what direction to enter the market.

Sitting in front of a monitor and watching prices during the day actually helps in getting a feeling about the moves that take place; but to take a consequent action, and to manage the position going to be opened, is not as easy as it looks.

To be part of this group of traders, a real talent is needed and a very low percentage of people have this gift. Skills can be developed but some special cerebral fuel is needed to perform well in such a style and it is definitively not for everyone.

It would not be bad to use the markets as a video game; but as in video games there are incredibly talented guys and many others who are a real disaster.

We should not forget that as skilled as these players are; considering their usually young age, and youth helps in reaction times, concentration and velocity; getting older, it becomes harder and harder. The same would happen to these instinct based traders.

The Chartist: The second group of discretionary traders usually build a template with indicators or other similar things on which they make their decisions. Sometimes they display a simple moving averages crossover and sometimes they have complicated colored charts with dots and lines moving around everywhere (those are the "decision makers"). These charts are built upon experience and observation and often lead to pretty good results, if the method they are based on is strong. The problem is that it usually takes a long time to arrive to a good development of a decent model, and also a long time to decide if the model is really good. What this approach actually misses is a calculation of the expectation of the strategy. Everything is done by observing and very seldom by a real calculation of "how much" the strategy would have made in the last X years. The employment of a strategy is normally based on a very short period of observation and lacks in robustness and stability for the long haul. A good sensation can be acquainted by observing the behavior of prices over a certain period; but as this is done "manually", the period cannot be really long, and we can never be sure that the built method has always been working or that it will go on working for a long time.

The Trigger Puller: The third group has signal generators. Either of the above mentioned kind or real software popping up entry/exit information. Yet these traders decide for every signal if it makes sense to follow it or not. If the instruction in the signal does not convince their feeling of the moment, they don’t open the trade. In a similar way, when in a trade they decide to close it often too soon, as soon as they see a decent profit regardless of the structure of the strategy which would probably tell them to wait for an even bigger gain. And, on the contrary when losing, they may decide not to exit at the stop loss level as they feel confident in a bounce in prices.

These kind of traders are often systematic traders who have a lack of belief in their system and try to tweak it with their opinion. Sometimes their decisions are right but on average over a longer period, the human action on the machine generated signals leads to real disasters. 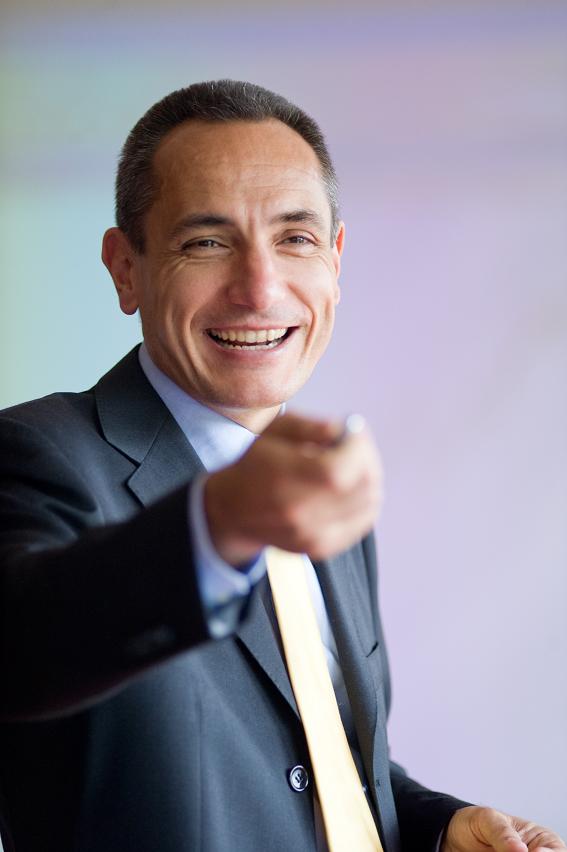 What these three approaches have in common is the necessity to be there and push the mouse button. The video gamer needs a very high and strong presence while the chartist and the trigger puller have a higher degree of freedom. Yet all lead to a high amount of stress due to their needs.

To sit in front of the monitor managing the trades may give the impression of keeping the market under control. It may let one think he is controlling his money, the prices and the profits, keeping everything under control like a juggler. This might even be true, but it is also clear to everybody how much concentration is a juggler needs...

This is what I thought and think about discretionary trading, having gathered experience in the markets I sometimes place discretionary trades in a mix of all three approaches. It may be fun, it is a sort of new discovery. Yet, generally considering all the above mentioned reasons, I preferred to open my mind to trading systems. Results should have been easier, right?

I thought I was clever. I really thought I could program the best system out there simply because I was clever enough to achieve that.

I learned roughly soon how to program in TradeStation EasyLanguage and I also got enough data to start testing ideas. That’s great, to test ideas!

Yes, but what ideas?

A trading system all of a sudden appeared to be one of the most complicated experiences in life.

Where should I start from?

What should I do?

The first try to get out of the dark was mixing indicators to get signals, I read plenty of stuff on technical analysis and I read topics on well-known forums to figure out how to move. And then I started becoming desperate...

Why weren’t any of my ideas working?

What was wrong in my entries and exits?

What approach should I try to get? At last, a profitable strategy?

So I looked for a trading system sold on the internet, they were presented in a very nice shape and they looked really complicated as far as what the underlying concepts were about. When I read those codes I thought I understood why my ideas were not working and I thought I had a lot more effort to put into the job. Those codes were really showing that trading is not a business for everybody, only a real scientist could achieve something!

Proudly I put those systems on the charts and there it was that I discovered the astonishing truth:

Those expensive systems, so complicated, did not make money. Exactly like my own ideas.

So I read again. There was an interesting concept that sounded very well in terms of development. Following that I needed a setup, a trigger and then position management; simple and direct, but

What exactly was a "setup"?

What was a "trigger"?

And last but not least:

How should I manage the potential position?

Many years passed from those days and I might still be there looking for a solution if I had not met a friend who was already developing systems. He wanted to cooperate and gave me a very basic and stupid base code for systems, and this code had upset the concepts I had learned. It did not start from a setup and look for a trigger; it was starting from a trigger and then refining setups... crazy? Maybe, but it showed results and it was what I needed!

I went on deepening the matter and the first profitable systems came out, what an easy start! To buy or sell at the breakout of determined levels following a starting trend, simply buying at higher prices if prices were raising or sell at lower prices if they were falling... This was too easy to believe.

Maybe we are all born with a countertrend mind: when prices fall we think it is a good occasion to buy, when prices raise we stay out as they "went up too much." My friend gave me the exact opposite suggestion: "follow the trend!"

At last I had my first systems and I wanted to put them to work. I did, I also made some money, but nothing compared to what I could expect.

Why was I getting different results in real-time from what I was getting in testing? Suddenly I discovered the truth of markets. Theory said that "limit orders" have no slippage and "stop orders" can be executed with slippage. I discovered how you could get more slippage with limit orders than with stop orders. This was not possible in my beliefs as the concept of "Limit" and "Stop" was clearly following the learnt theory. But this is just a limited point of view and experience showed a really different truth.

Then I found out the limitations of the software. Lack of proper information may lead to a bad back-testing, usually more optimistic than reality, and real-time will show the worse side of the coin.

Working on higher time frames without intrabar information is a sure way to overestimate the results of a system. Many unknown tricks were played to me from the computer itself and I was fooled by the numbers.

Last but not least, the theory of back-testing showed a perfect world where every trade had been taken: what a difference from real life! Connection breakdown, broker’s technical problems, high latency in sending the order, these are just some of the obstacles encountered with real money. And as to Murphy’s Law:

"You will miss only the winning trades, losers will all be taken!"

So these were some examples of the passage from theory to practice. Real trading practice let things be considered in their real contest and I was able to figure them out correctly or at least "honestly". I could now make money but less than what the theory expected...

If you want to know more about my trading approach and how to become a successful trader, attend my FREE webinar: I’ll show you how to develop effective trading strategies. Next time I'll tell you about the most important secret behind successful trading...

In the meantime I can't wait to know more about you. What's stopping you from becoming a successful trader? Leave a comment below and if you think this is of value please feel free to share it with friends!

How To Create Trading Systems That Make Profits